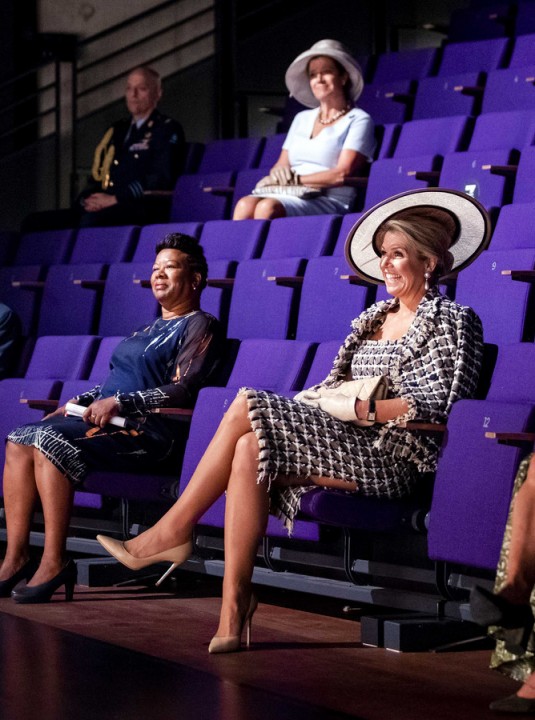 A festive start for the beautiful theatre

The New Theater Zuidplein in Rotterdam was opened by queen Maxima on September 16. A festive start for the beautiful theatre.

Theater Zuidplein is a special theater. Many venues in the country do their best to attract a wide audience from all walks of life and from all corners of the world. Theater Zuidplein succeeds like no other. That was the case in the old theater, but that building was really worn out it had become too small. More activities which attract more people, created the need for a larger building. The redevelopment of the Zuidplein area offered an ideal opportunity to achieve this.

In 2015 the general contractor, Ballast Nedam, asked Theateradvies for its expertise in the design of this new theater and that was the start of an intensive and pleasant collaboration with the people of Theater Zuidplein, the municipality of Rotterdam and Hart van Zuid, a combination of Ballast Nedam and Heijmans.

With the theater, we first took a critical look at the requirements. In consultation, we were able to omit a number of (expensive) unnecessaryrequirements, creating space for matters that had not yet been thought of.

We also saw opportunities to improve the auditorium design. That was not an easy task, because a different design had direct consequences for the design of the entire building and many people had already worked on it. That is why it was great that with our proposal we could tackle a number of problems simultaneously. For everyone involved, there was something worthwhile in return. The theater got a better auditorium: More intimate with good and short sight lines. That was something the architect also wanted, and the intervention also created more space in the front of house area, an important benefit. The contractor saw that the construction and furnishing costs would decrease as a result of the procedure. That made up for the higher design costs and the (very short) delay in the design, but we are lucky that all parties were willing to start over. That is not self-evident in such a project.

Finally, together with the theater, we redesigned the theater technology. Due to the special programming of the theater, the team of technicians are very skilled and experienced and what they are good at is improvising. The companies that play in Zuidplein do not send a lighting plan a few weeks in advance. That plan has yet to be made and there is little time for it. This requires a very user-friendly installation with a lot of moving heads. High demands are also made on the other equipment (AV, hoisting installation, projection) when it comes to flexibility and user-friendliness. For that to work, an extensive and accessible infrastructure is needed. Wherever you want to connect something, a power supply and a data connection are provided. Since it soon became apparent that we understood each other, agreat dynamic developed between our designers and the team of technicians.

It was wonderful to be able to help with the design and we were very lucky to be able to do that with such a good team of client, user and contractor who all went to great lengths to create this project and to create it so well.

The theater is ready, and it seems to be working as we had hoped. There is a beautiful large auditorium where performances can really come into their own. The stage can be converted into a pop hall in an instant and the small auditorium can be used for a wide range of activities. The large entrance hall with its open kitchen has become a real living room for everyone in Rotterdam South. Perhaps it is better to say: for the entire Rijnmond area. Is it complete now? No definitely not. Its life is just beginning. We have every reason to believe in it.